Save Herbalists from ‘Alternative Medicine’ By Rua Lupa

Posted on November 3, 2017 by HumanisticPaganism 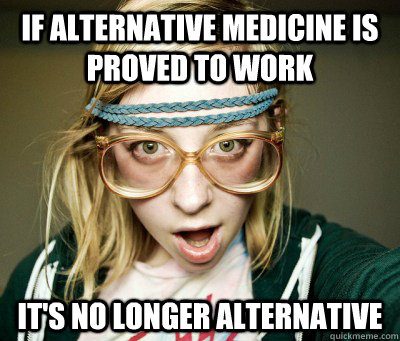 I have written on medicine before in “Romanticism Runs Rampant: Ancestors, Indigenous Peoples, ‘Natural’“, under the subject of ‘Natural’ where I explain how ‘Natural’ is being inappropriately used as a synonym for “good for you” – if that is the case, would anyone care for some poison ivy? (feel free to read more on that there).

The latest waves of news that relate to this was how England was proposing a ban on ‘Alternative Medicine’, which, in the NHSE’s (National Health Service England) definition means stopping prescriptions for herbal, homeopathic and other ‘alternative forms of medicine’. The Wild Hunt had covered more on that story here.

Do you know what they call Alternative Medicine that works? Medicine. This is because ‘Medicine’, by medical definitions, when tested, works better than a placebo. If it does not perform better than a placebo for treatment, it is simply not ‘Medicine’. There is no ‘Alternative’ – it either works or it does not. So, with this understanding, anything labelled ‘Alternative Medicine’ is by definition Quackery. If not prescribing as as a straight up fraud, then it amounts to relying on wishful thinking.

This is true in the case of Homeopathy – it consists of ingredients watered down to the point of being completely ineffective, working no better than a placebo in testing. Therefore it has no merit as a Medicine and should very well be banned from being prescribed. 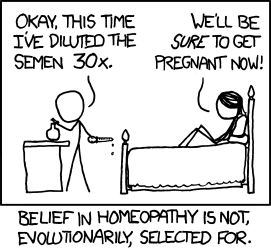 But Herbal Medicine has merit, there is ample evidence and tests on herbal medicine performing better than a placebo and working as an effective treatment. It is clearly Medicine, so why has it been lumped into the ‘Alternative’ category here?

There are two primary reasons for this. One is that direct consumption of plants makes dosage difficult to determine, which is why our modern pharmaceutical process is how it is today. Second, there are quacks who prescribe herbs under the label “Alternative Medicine” without regard to empirical findings on how those herbs affect people – again, wishful thinking.

Who are these people? Naturopaths.

Naturopathy operates under what amounts to a Quackery License – through self made schools that have no comparable training to medical doctors in terms of the quality of education or quantity of hours, with no accountability. Naturopathy could have been a viable avenue, but it is beholden to “Alternative Medicine” which is Pseudoscience and thus was built on a broken foundation to begin with – a building that needs to be condemned.

Now, there will be people who adamantly stand by the thinking, ‘no harm, no foul’. In other words, if these alternative medicines are not harming anyone, then there really is no reason to stop them because of Freedom of Choice and all that.

That is where you would be very very wrong. This is because even if the treatment does not cause harm, by having it seen as a legitimate form of treatment prevents people from seeking the treatment that would actually be effective, thereby causing harm from neglect.

Nobody should be prescribing ‘alternative medicine’. That needs to be stopped and held accountable in order to protect actual Herbalists who do use empirical evidence as the basis for their treatments.

So what needs to be done to ensure Herbalists do not fall prey to the “Alternative Medicine” label is to regulate Herbalists who provide prescriptions. This can be done by providing an avenue to study botanical medicine within established medical schools (treated like an equal to all other medical fields), probably in the same vein of pharmacists, allowing people to earn an accountable and officially recognized Herbalist license in order to be permitted to make prescriptions.

In relation to this, I do oppose patenting plants – that should never be a thing, and people should be free to treat themselves – at their own risk. Either way, all Medicine should be treated the same way – empirical evidence that it actually helps patients, prescribed by people who are actual professionals who are held to an equivalent standard that all medical professionals are held to.

Rua Lupa is a Canadian Metis of Celtic and Anishinabek (Native peoples of the Great Lakes region) descent.  Living on the ‘Great Whitestone Island of the Lake Seas’, I am a Permaculture Designer, Wildlife Technician Alumna, Founder of Ehoah, Saegoah, Naturalist (Both in studying Natural History & Naturalism), Bioregionalist, and Citizen of Earth. My primary interests are Homesteading, Historical Craft (SCAdian in Ealdormere), Bushcraft and Forest Gardening.

You can find my writings at Canadian Mutt (https://canadianmutt.wordpress.com/).

Within the Society for Creative Anachronism I am known as Fáelán Ruadh ua Aodha, and so some of the papers published will be under that name

One Comment on “Save Herbalists from ‘Alternative Medicine’ By Rua Lupa”