The Real Reason For The Season, by Rua Lupa

Posted on December 17, 2016 by HumanisticPaganism

Each year I encounter something that most Pagans know, but the general public is oddly oblivious to. People who casually complain about the dark and don’t know about the shortest day of the year, or even when it is. I know this because that is when I mention that soon enough the days will be getting longer they blankly stare at me and say, “Really? When?” It becomes very hard not to do a face palm each time I encounter this, and its frequent. So I feel compelled to talk about the Real reason for the season.

Many cultures around the world mark this time of year with great emphasis, and it isn’t surprising considering how important the sun is to our lives here on earth. Without the light of our host star we wouldn’t have plants, and without plants there wouldn’t be animals, including ourselves, as we need plants for the solar energy to keep ourselves going, and for the oxygen we require to just breathe. So the sun is immensely important and that resulted much distress for our ancient ancestors when the days got shorter, fearing that the sunlight may never return. As we gained more knowledge and were able to record and share it, we came to understand that this is an annual cycle and it became more of a ceremonial event that often came to symbolize the rebirth of a deity than a fearful one with ritual and pleas to whatever may aid in these trying times.

Eventually electricity came into our cultural way of life and the darkness was kept at bay. The shortened days no longer cause a severe change in our activities to reflect our inability to see. Jingle bells no longer serve as a necessary safety feature for people traveling in the dark (though still is law in certain areas to have with horse drawn sleighs), and today have the role of a seasonal decoration with a forgotten past. The modern home maintains a comfortable temperature with electricity – no longer needing to stockpile wood for the winter, our food can come from any where around the world – so we don’t need to preserve food or hunt for when we can no longer grow our food, and light is abundant with just a flick of a switch – darkness no longer a constant companion. No wonder we’re so disconnected to what is happening in our immediate environment. So lets take a moment to reflect on what is really going on this time of year.

Photo of The Gulf of Mexico and U.S. Gulf Coast at Dusk, Image posted on social media on Dec. 14, 2014. Image Credit: NASA/Terry Virts

The really fascinating bit that is commonly forgotten is that we are on a rock floating in space, and that those stars we see are distant suns, many with their own floating rocks, going around and around in a predictable motion, an ellipse. Because we move in an ellipse, many people assume that our seasons are because we are either farther or closer to our host star, but that isn’t the case. In fact, the northern hemisphere (hence forth referred to as Borealis) experiences some of its hottest weather when its at its furthest point from the sun. This is because the earth spins on an axial tilt, and borealis is oriented toward the sun at this point in its orbit.

The earth’s axial tilt is currently 23.5 degrees, which is the very reason we have the arctic and antarctic circle (hence forth referred to as the Borealis Polus Axis and the Australis Polus Axis respectively), and the Tropic of Cancer and Capricorn (hence forth referred to as the Borealis Sol Axis and Australis Sol Axis respectively). This tilt leaves one hemisphere pointed away from the sun for a portion of the year – making the experienced daylight shorter which leaves it colder, while the other hemisphere is pointed toward the sun – making the experienced daylight longer which leaves it hotter. As the earth continues to orbit the sun from this point the amount of daylight evens out over both hemispheres. This is because the tilt is becoming oriented to be parallel with the sun instead of one pole pointing toward it. As it continues on its orbit the opposite hemisphere becomes pointed toward the sun, leaving the other one pointed away. Then the daylight evens out again before returning to the point of where we started.

“Axial Tilt is the Reason for the Season”, Solar-Earth Relationship by Rua Lupa

The furthest toward the pole direct sunlight can reach (in a 90 degree angle with the sun) is the Sol Axis. And the Polus Axis is the line where sunlight reaches past the pole when pointed toward the sun, and where it cannot shine when pointed away from the sun. Experiencing either complete daylight or darkness for months at a time.

Currently those of us in Borealis are pointed away from the sun, experiencing long nights and cold weather. While Australis is pointed toward the sun, experiencing long days and hot weather. The point when the days stop becoming shorter and begin to get longer, and vice versa for Australis, is on Solstice, Pecora 1st / December 21st. The winter holidays we celebrate here in Borealis were directly in response to this solar-earth event, with one of the most celebrated being Christmas.

Christmas itself was originally on the solstice as well. The date of which having been determined by Pliny ~ 10046 HE / ~46 AD to be on December 25th. It was not long after that Christianity became a common religion with its related holidays. But the calendar of the time was the Julian Calendar which had the misfortune of experiencing a seasonal shift over the centuries – where the dates slowly moved out of alignment with their original seasons as leap days added up over time. Once the Gregorian Calendar (the calendar most people use today) was established in 11582 HE / 1582 AD to correct this problem (by adjusting the frequency of leap years, but it was mainly to bring the marked date of the vernal equinox, which determined the celebration of Easter, back to the time of the year the First Council of Nicaea had agreed upon in 325 AD), the date of the solstice had then ended up on December 21st and Christmas remained on the original date it was set in, December 25th. (If you would like to know more on how the common calendar of today came to be, and considering this time of year, why New Year’s Day is when it is, follow this link!)

So now you know the earth’s slight tilt is the reason for the season and the soon lengthening days is the reason humanity has so much celebration this time of year.

The original article is here. 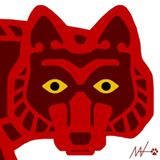 Rua Lupa is a Canadian Metis of Celtic and Anishinabek (Native peoples of the Great Lakes region) descent. Living on the ‘Great Whitestone Island of the Lake Seas’, Rua Lupa is a Permaculture Designer, Wildlife Technician Alumna, Founder of Ehoah, Saegoah, Naturalist (Both in studying Natural History & Naturalism), Bioregionalist, and Citizen of Earth. Their primary interests are  Homesteading, Historical Craft (SCAdian in Ealdormere), Bushcraft and Forest Gardening.By studying what is being rediscovered about the Celts, and getting involved in the spiritual practices of the Anishnabek, she hopes to find out more about herself, bring to light valuable insights from these cultures, and maybe bring about a new way of being. Rua’s strong love of Nature has led to a passion for photography and Wildlife Technician degree. She dedicates her life to conserving what is left of our unaltered wilderness, and helping humanity regain balance within Nature through Ehoah, a naturalistic path. Rua founded the Sault Community Drum Circle, the Gore Bay Drum Circle on Manitoulin Island, and has been a board member of Bike Share Algoma. She also has a background in tandem canoe tripping, winter camping, lifeguarding, advanced wilderness first aid, and a myriad of other outdoor activities.

← A Shinto Experience in New Zealand by Megan Manson
Yule: The Light in the Darkness, by Mark Green [an Atheopagan Life] →