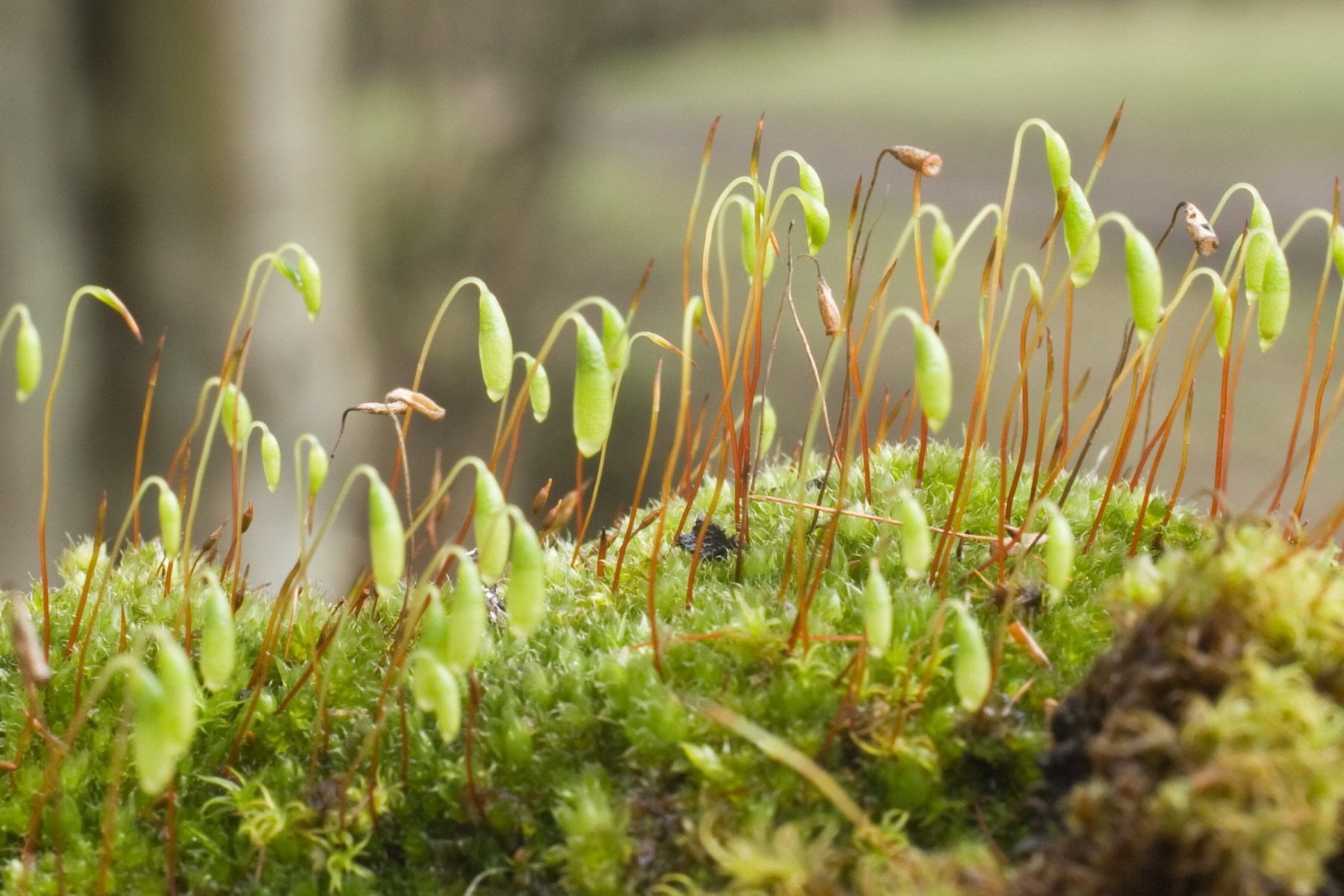 This column was conceived by Rua Lupa, who proposed gathering practical resources for Naturalistic Pagans in one place. This column is dedicated to sharing ideas for religious technologies which we might use or adapt to deepen our Naturalistic Pagan practices. It includes the ideas and experiences of others, as well as some of my own, and I welcome you to send me your ideas for sharing in future posts. If you have discovered a ritual technique which works for you that you would like to add to the Naturalistic Pagan Toolbox, click here to send me an email.

We tend to think of language as only reflecting your experience, but in reality is that language and experience interact in a cyclical fashion.  To a certain extent, our experience is limited by what we can say about it.  As Wittgenstein said, “The limits of my language mean the limits of my world.”  For example, lacking words for certain colors or hues may limit our ability to see them.

Another example is peculiar to the English language.  Although many other languages use gendered pronouns for non-human objects, English only has the gender-neutral “it”.  “It” is not a neutral word.  Referring to a human person as an “it”, for example, is insulting.  Calling someone “it” is a refusal to recognize the subjectivity of the person, reducing them to an object.

What does this mean for how we relate to nature?  When we speak of tree or other living fauna, we habitually refer to them as “it” (or sometimes “that”) — either because they are sexless or we do not know their sex.  We even refer to animals as “it” when we do not know their sex, and sometimes when we do.  And of course, all seemingly “inanimate objects” — rocks, mountains, the wind, the Sun, a river, rain, and so on — are called “it.”

Because of this, we tend to relate to these natural beings — plant, animal, and other — as things, instead of persons — objects, rather than subjects.  When natural beings are reduced to objects in this fashion, we feel free to use them, without regard or care or respect, without any sense of mutual obligation or reciprocity.

A New Pronoun for Nature

I actually got the idea of a “Naturalistic Pagan Toolbox” from Rua Lupa in the context of a discussion about what Rua calls the “separation effect,” the objectification of living nature.  She introduced me to Robin Wall Kimmerer, a biologist, environmentalist, and author of Braiding Sweetgrass: Indigenous Wisdom, Scientific Knowledge and the Teachings of Plants (2013).  Kimmerer also discusses the problem of the objectification of nature through language:

Using “it” absolves us of moral responsibility and opens the door to exploitation. When Sugar Maple is an “it” we give ourselves permission to pick up the saw. “It” means it doesn’t matter. But in Anishinaabe and many other indigenous languages, it’s impossible to speak of Sugar Maple as “it.” We use the same words to address all living beings as we do our family. Because they are our family. (“Nature Needs a New Pronoun”)

Kimmerer argues for changing our language as a way of changing our relationship to nature.  She urges us to adopt a “grammar of animacy.”  She calls this “a kind of reverse linguistic imperialism, a shift in worldview through the humble work of the pronoun.”

But what word should we use instead of “it”?  According to Stewart King, the Anishinaabe word for beings of the living Earth is “Bemaadiziiaaki.”  Kimmerer suggests adopting the last syllable, ki, to replace “it”, and using kin to replace “they”.

“Ki” to signify a being of the living Earth. Not “he” or “she,” but “ki.” So that when we speak of Sugar Maple, we say, “Oh that beautiful tree, ki is giving us sap again this spring.” And we’ll need a plural pronoun, too, for those Earth beings. Let’s make that new pronoun “kin.” So we can now refer to birds and trees not as things, but as our earthly relatives. On a crisp October morning we can look up at the geese and say, “Look, kin are flying south for the winter. Come back soon.”

“Ki” resembles the words for for “who” in Spanish and in French, and also sounds like the Chinese “chi”, which is energy of life. The word “kin”, on the other hand, invokes our relationship of kinship with the natural world.

In an interview with Krista Tippett on NPR’s On Being, Kimmerer describes this as a language of reciprocity, which is broader than the language of sustainability.  It is a language which recognizes that we human beings are not the only persons on the planet.

Personifying is not Anthropomorphizing

Now, I suspect that some of our naturalistic readers while be having an allergic reaction right about now to the idea of “personifying” nature.  Kimmerer is a scientist, a botanist who studies mosses.  She acknowledges the taboo against “anthropomorphizing” plants and animals.  But, keep in mind that personifying is not the same thing as anthropomorphizing — because humans are not the only kind of persons.  (The confusion of personification with anthropomorphication is itself a symptom of our anthropocentrism.)

“I can’t think of a single scientific study in the last few decades that has demonstrated that plants or animals are dumber than we think. It’s always the opposite, right? What we’re revealing is the fact that they have a capacity to learn, to have memory, and we’re at the edge of a wonderful revolution in really understanding the sentience of other beings.”

Kimmerer even extends personhood to rocks, which she says are alive, “alive in different ways, but certainly not inanimate.”  Consider this excerpt from her book, Gathering Moss:

“The rocks are beyond slow, beyond strong, and yet, yielding to a soft, green breath as powerful as a glacier, the mosses wearing away their surfaces grain by grain, bringing them slowly back to sand. There is an ancient conversation going on between mosses and rocks, poetry to be sure. About light and shadow and the drift of continents.”

Talking to the beings of the world — plants and animals and even rocks — as subjects, rather than always talking about kin as objects can help us begin to see the world in the way Kimmerer does — as suffused with life, with awareness, with animacy.

Putting it into Practice

Go outside and find some “thing” — a tree or a bird or even a stone — and try describing ki using the the pronouns ki and kin instead of “it” and “they”.  Speak out loud when you do this.  It will feel probably awkward at first, but just go with it.

Pay attention to how you feel, especially how you feel about the plant or animal or mineral that is the subject of your attention.

Now, try talking to the subject of your attention, rather than just talking about ki.  The point is not to communicate with the plant or animal (which obviously does not understand your language), but to change how you relate to ki.

Later, in conversation with a friend or family member about the natural world, try substituting ki and kin as pronouns for  “it” and “they”.  Explain why you are doing this.  It will be difficult at first.  (Even as I wrote this section, I had to go back an replace a few pronouns.)  Notice how doing this changes your conversation about nature.  As you keep doing it, notice how it changes how you relate with the natural world … with your kin.

John Halstead is Editor-At-Large and a contributor at HumanisticPaganism.com. He blogs about Paganism generally at AllergicPagan.com (which is hosted by Patheos) and about Jungian Neo-Paganism at “Dreaming the Myth Onward” (which is hosted by Witches & Pagans). He is also an occasional contributor to GodsandRadicals.org and The Huffington Postand the administrator of the site Neo-Paganism.com. John was the principal facilitator of “A Pagan Community Statement on the Environment,” which can be found at ecopagan.com. He is a Shaper of the fledgling Earthseed community, which is described at GodisChange.org. John is also the editor of the anthology, Godless Paganism: Voices of Non-Theistic Pagans.

← The May Cross-Quarter (Vernal Equitherm) is just two weeks away!
Hear Diverse Voices Reading a Pagan Community Statement on the Environment →