Posted on February 7, 2016 by HumanisticPaganism 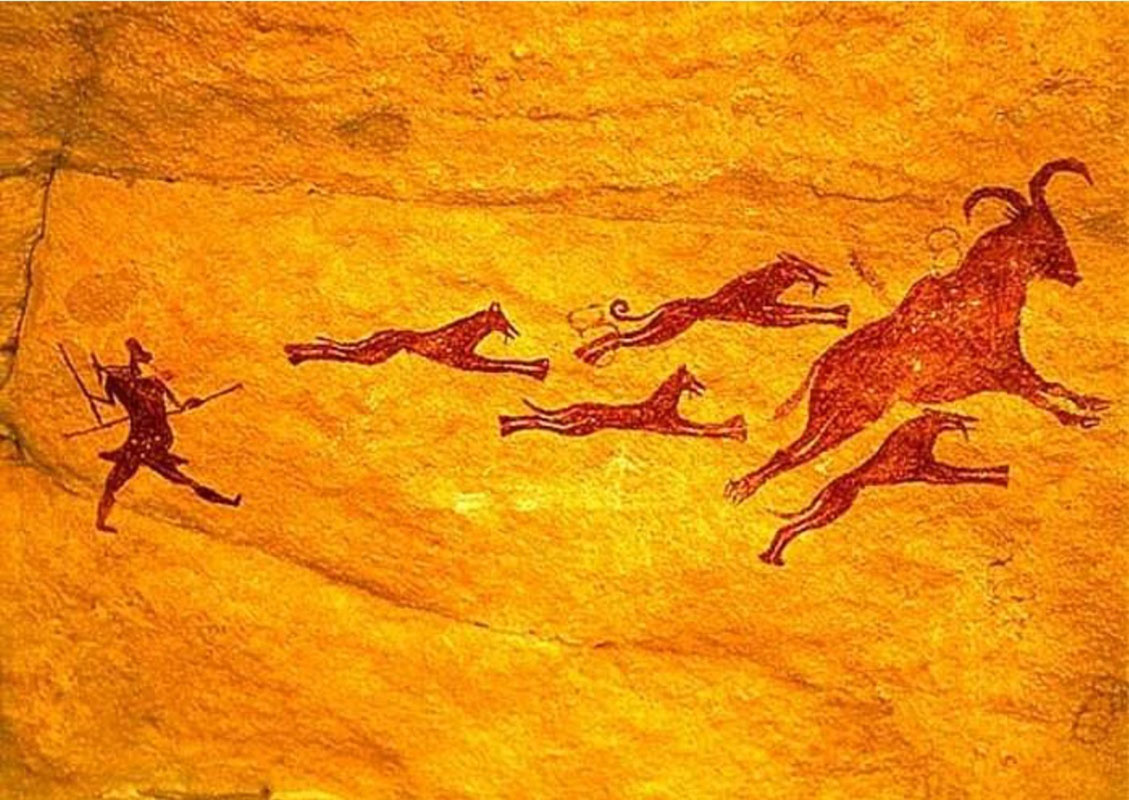 But what came before the polytheists?

There is no evidence that humans were polytheist from the moment we left the trees. All we need to do is look around the planet at the dwindling tribes that are left in the forests. They live the land as all of our ancestors did thousands of years ago. We know this because of pictographs left behind by those ancients, by early writings when alphabets were new. Read the myths left to us by the more ancient cultures, remove the king aspects and the laws of mankind, and what is left over? Metaphors and allegories. The earth and her seasons, and the cultivation of crops and animals around those seasons. The primitive tribes that still exist continue to live in that world and they have shown no evidence of deity, only the respect for the earth and the ancestors which continue to be buried under it. The elders rule the tribe, so why shouldn’t they lay in the earth and continue to whisper their wisdom to their family?

Much is made about Europe and the rich histories and mythologies from all those ancient places, but history didn’t begin in Europe. A main reason that ancient history and the growth of mankind is looked to in the ancient Middle East is because that is where you will find the earliest settlements. While I personally find pottery boring, I understand why it is so important as a study: when people move from place to place, they take their own crafting skills with them. They learned to make things a certain way, and then teach their own young to make it. When they run across another person or tribe with a variation, it gets incorporated into their own skills. By dating pieces of pottery, studying the grooves, the paint, the designs, scientists can trace it back to its origin, and back in time.

We know that such pottery has only designs on it. Who knows what the designs represented? Were the ripples, squiggles, and waves meant to say something important to the person, the tribe? Were they nothing more than art on a bowl? Did those ancient peoples really have time for art? With all the new fields to take care of, animals to tame, and children to watch over? There is no evidence of art for the sake of itself.

Something that I’ve always espoused was that those cave paintings were probably done by women, not the men. Think about it –a cave is a hole in the ground or in a mountain. The earth feeds and sustains us. Crops grow from it. It would be a logical leap to see a cave as a womb, which is the realm of women. It is the place of creation. No, I’m not getting into a gender war with this, so don’t jump ahead.

There is also no evidence of gender-domination. It makes sense that men learned to hunt because they are physically stronger. Let’s go back to the pottery bowls: they are things with which to place something in, right? If the men were hunting and the women were making pottery, how great a leap would it be to go from painting bowls to painting caves? And if the women are painting caves, what would all those hunting scenes mean? The images of beautiful creatures that would probably be quite tasty after being turned on a spit for a while? If the women are the creators of the tribe, wouldn’t a woman painting a hunting scene on a cave wall indicate a message to the earth for a plentiful hunt? The basic elements of life are in full force; birth and death, growing seasons are learned, planting, harvesting, attention to the stars and their positions are noticed to coincide with changing weather. Dry seasons, wet seasons, hot and cold seasons. These primitive cultures are beginning to take a step back and notice the world around them where the creatures of the earth signify changes, also. The hides of animals are thickening as the temperatures begin to drop, the bears find caves and don’t emerge until the sky changes again –would it be so hard to see the bear as the voice of the creatures, letting people know that when it emerges from the cave the land will also soon emerge with new, green shoots? This is animism, not polytheism.

By following the ancient clues, such as the pottery, not just where they came from but where they went and the changes that went with them, we can find cultures forming societies, creating semi-permanent towns. With a town, a leadership is needed to make sure things run smoothly. We now find small cultures with primitive counsels and ruling bodies. Laws need to be put into place so that the well-being of the group as a whole keeps the town healthy. Laws of mankind begin to replace the laws of the earth. Soon the faces of humans begin to appear on images of animals and to represent weather. Just as people need to create rules to govern themselves, it must be that the animals also have rules and a governing body. The polytheist is born.

As society grows, becoming a city-state, more and more attention is needed on the counsels. It needs a more permanent leadership. Kings are created. People have begun to own their cultivations, and the elements and the creatures take on more human characteristics, eventually letting go of any remaining animal likeness. What once had wings, fur, claws, now has a human body. Notice, though, that these new images still contain their original totem form as you can see by the animal that is nearby. Sky gods have bolts of lightning, sun gods are bright and blinding, water gods have rivers and fish around them, forest gods have horns, gods of the field hold grains of wheat and barley, gods of the farm animals have spring babies nearby.

No, I do not believe that deity is real. I see them in their totem forms, the elemental beginnings, which has no worship, only my respect. There is no historical, physical evidence that they exist now or in the past. There is no evidence of any deity, no matter what face or name you put on it.

Michele has always had a head filled with characters talking to each other, which made it only natural that she either ended up in a loony bin or put them down in writing. She blames it on Chris Carter and the writers of X-Files fan fiction for her leap into writing. Once she discovered fan fiction, it was a scream and jump off the cliff and into hangers. Lots of ‘slash’ here, (gay couples) but then it is fan fiction. –Warning: some adult content. This was only the start, though, a great place for a budging writer to practice.

With more and more original characters added to the fan fiction stories, this eventually led to fully original stories which are currently on her website at http://www.michelebriere.com

Or just drop an email at michele.briere@outlook.com

3 Comments on ““The Non-Theistic Pagan, Part 2” by Michele Briere”