“The Forgotten Gods of Nature” by Lupa Greenwolf

Posted on April 2, 2015 by HumanisticPaganism 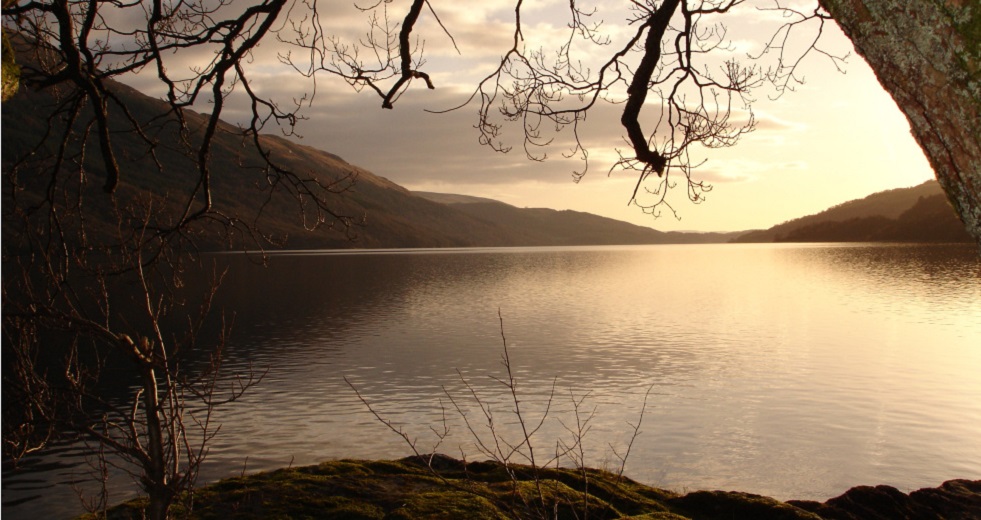 De Natura Deorum is a monthly column where we explore the beliefs of Naturalistic Pagans about the nature of deity. This essay was originally published at Paths Through the Forest.

When you think of the gods of nature, who do you think of? Do you think of the Wiccan Lord and Lady (also beloved of many non-Wiccan pagans), she a long-haired woman wrapped in vines and fruits and grain, he a man hirsute and burly and surrounded by large, wild mammals? Do you imagine Artemis or Diana, huntresses and maidens and carriers of the moon? Or perhaps Gaea, her swelling belly the Earth itself? I wager that nine times out of ten, the deity you first thought of took the form of a human, female or male or otherwise, but almost certainly formed in our own image.

But I want to tell you about the forgotten gods of nature, the ones whose stories were never written down because their devoted ones never wrote a word in their lives. I want to tell you about the gods who refused to give up their own shapes and vowed never to bow to the hubristic human ape. I want to tell you about the gods underfoot, hidden in the trees, nestled in the rocks among swift-running currents and riding breezes higher than the cirrus clouds that never once soil themselves with the earth. Let me tell you a few tales of nameless divinities, all but obliterated by the rise of woman and man and the deities they brought with them.I sing to you of the goddess and god of the family of Salmon, whose children hurl themselves upon stone and flood each year so that the family may go on. I sing to you of the divine twin faces, he with the strongest, boldest coloring of the spawning male, she the skeletal maw that waits to slay all who mate in the birthing pool. She it is who beckons the salmon on in their madness, even as they plunge to their own deaths; he it is who urges them onward and fills their muscles with strength pulled from every last fiber of being. For years, the young salmon hear tales of the gods’ irresistible pull, but even the most vehement naysayers among them are helpless the moment they hear divine fate’s song in their bones.

I sing to you of the wind god of the family of Pine, whose generations may be furthered by the swift breeze, but who may be laid low to the ground in the fearsome storm. I sing to you of prayers whispered through clasped needles and released into gentle eddies of air, that the god may be merciful in spring storms and in winter blizzards, in the chill autumn night and the sudden summer squall. For it is the god who decides which line of trees will go forth into the future, and a capricious wind it is that carries the pollen safely to the cone–or onto barren stone to die. And it is the god who carries the trees away in his terrible anger, leaving one standing but snatching a root-mate away in an instant.

I sing to you of the deities of the Dictyostelidal slime molds, sexless and strange, at once a thousand voices and one song united. I sing to you of hard times when the wood has rotted away and the sun bakes the earth, and while as individuals we die, together we thrive. The divinities ask for sacrifice, the thousand voices demand it. Those who die to give life to the others, who raise up the new generation so that they may spread far and wide–these become a part of that sacred host, their voices immortalized not in cells but in spirit.

I sing to you of the duotheism of the female fig wasp, the Great Tree Mother whose fruits shelter tender wasp eggs, and the Nematode Demon that strikes down the tired egg-layers to feed its own spawn. I sing to you of the duotheism of the male fig wasp, the Dark Goddess from whose confining spheres few male wasps ever escape, and the Seductress who calls upon the males to mate and send their issue forth into the world, promising the closest thing to freedom they will ever know in their brief lives. The Tree and the Nematode, the Fig and the Wasp–their tales are whispered to the young as their mother lays their eggs in the cradle, all they will ever know of her.

I sing to you of the pantheon of the earthworms, every single one female and male together, all brought into one, who reside deep in the ground below. I sing to you of their devils, flawed gods split apart into male or female, hungry beings that devour all in search of their missing halves and forever cursed to roam the surface, denied the safety of cool, dark soil. When the ground trembles, the earthworms say the gods and the devils are fighting, and they tell their young to take shelter. When the soil cracks open above them and lets in the burning fire, the earthworms squirm and flee lest they be split asunder and join the hellish ranks of the skies.

I sing to you of the countless, endless divine host of the ants. I sing to you of courageous warrior goddesses, and tales of lowly trickster males that sought to take their power. All ants know the story of the greatest Queen Goddess of all, who stole away her mate’s wings when he dared to usurp her throne, and cast him down to the earth to die, and so she reigned alone.

I sing to you the sad song of the pale, ghostly gods of the dodo and the aurochs, the Tyrannosaurs and the Callistophytales, of the gods of Wiwaxia and Prototaxites and Cooksonia. I sing to you the victory-songs of the gods that surpassed them and reign today, the gods of the wolves and the morels, the oaks and the bees, and of the brave single goddess of the coelacanths. I leave it to others who shall come after me to sing the songs of those gods yet to be born into this world, long may they reign and watch over their own.

Lupa is a Pagan author, artist, amateur naturalist and wannabe polymath. She blogs at Paths Through the Forest.  More info on all of the above and more can be found at at thegreenwolf.com.

9 Comments on ““The Forgotten Gods of Nature” by Lupa Greenwolf”