Posted on March 12, 2014 by HumanisticPaganism 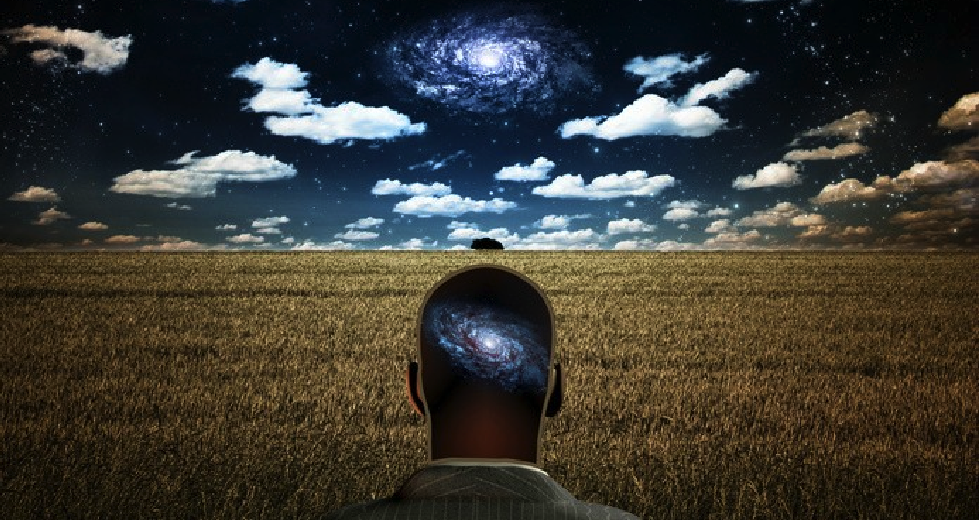 I’m Jon, and my Credo is just six and a half words long: “I’m conscious, and the universe exists”.  That’s it.  That’s all I believe without evidence.  Everything else is my best guess.  In every topic I’ve examined, I’ve come to general agreement with the tentative positions of mainstream science – so if you care about my factual guesses, just look it up.  If you care about what spiritual meaning I’ve built on that foundation of facts – then keep listening.  I think that beliefs based on revealed scripture are inherently divisive, because a private revelation can’t be tested or repeated, so the only way to resolve the inevitable questions is through fighting, which starts the cycle of revenge.  If there is ever to be religious peace on earth, spirituality must be based on, not just tolerant of, openly testable evidence – and therefore cannot be absolutely certain.

Science deepens my reverence for our universe.  The evidence shows that we are made of atoms forged in the awesome furnaces of ancient stars, and that we’ve evolved from simple molecules to cells to threadlike cell colonies to aquatic worms to eels to fish clambering onto land, and so on, to us.  Evolution also explains much of daily life, showing why dieting is hard, why teenagers are rebellious, why the minds of men and women are different, why human nature contains both good and evil, and even why my dog likes getting petted.  Evolutionary psychology is the owner’s manual to our brains, exposing the hotbuttons which are manipulated every day to sell cars based on sex, to elect politicians, to support fundamentalism, and to inflame hatred.  Understanding evolution transformed my world from a pointless, bewildering struggle into an invigorating challenge.  I fulfill my evolved need for ritual and spirituality using the Pagan/Native American Wheel of the Year — the celebration of the Solstices, Equinoxes, and their thermal equivalents as an expression of the sacred cycles of life around and within us.  Others may use other metaphors to provide structure to their spirituality — as a Unitarian Universalist, I welcome any spirituality that isn’t harmful in the long run.  I affirm the inherent worth and dignity of every person – but not of every idea.

Evolution gives my life incredible meaning and purpose.  I marvel at my family tree, which goes back though innumerable life forms, through amazing stories of survival, hope, courage, and parental love.  It includes the tiny mammal, surviving through the freezing, yearlong darkness after the asteroid impact by eating, and likely hiding in, a frozen dinosaur carcass.  It includes the first mother to produce milk, and the first blurry view through a newly evolved eye.  If a depressed child suddenly discovered that she was descended from a long line of Nobel prizewinners, think of how her outlook and actions would instantly change!  In the same way, I’ve grown from a long line of survivors — noble creatures of every sort, who conquered deadly challenges billions of times over.  What other origin could possibly give my life more meaning?

Evolution has shown me that all life on earth is my family, bonded to me through billions of parental links of love.  Realizing this gives the deep forest the same warmth and comfort as the family reunion which it is.  I could go on and on about the awe and wonder I feel through being part of nature, and my tiny place within the vast stretches of space and time.

Through fits and starts, evolution has crafted the universe in ever more wonderful ways and it will probably lead to a just and sustainable world.  It could happen after centuries of environmental disasters, bloody wars, and untold suffering, or it could happen sooner, through our efforts to build a loving, rational culture focused on this world.  It’s up to us to choose when we’ll get there.  We stand at the dawn of a new age, the first time we know of when the universe became able to reason and plan.  My family, your family, including all life on earth, will live with the consequences tomorrow of the decisions we make today.  Seeing my kids, or any kids, reminds me of that.  What could be a greater purpose, and a greater reason to take control of one’s life?  What could possibly be a stronger moral basis for ethical behavior, a clearer reason to love my neighbor as myself?

Understanding deep time and evolution makes my ancestors and our future world sources of meaning and purpose.  This view has grown in me over the past 20 years, and has also sprung up elsewhere.  I’ve been honored to be involved (in small ways) with the creation of a book about it -– Thank God for Evolution, by Michael Dowd.  Though I don’t share the Christian reframing used throughout the book, I enthusiastically support both that form of Christianity as well as the book’s core message.  My life is a precious, limited, improbable, priceless gift from our Universe.  I’m overjoyed with each minute of it, overjoyed to savor the love of family, overjoyed to celebrate the seasons of our earth and of life as my Pagan and my Native American ancestors have done for thousands of years, and overjoyed to join all of you in creating the world of tomorrow for our children.  That’s heaven – right here, right now.  Thank you.

This essay was originally published on the Naturalistic Paganism Yahoo discussion group.

In addition to writing the Starstuff, Contemplating column here at HumanisticPaganism, Dr. Jon Cleland Host is a scientist who earned his PhD in materials science at Northwestern University & has conducted research at Hemlock Semiconductor and Dow Corning since 1997. He holds eight patents and has authored over three dozen internal scientific papers and eleven papers for peer-reviewed scientific journals, including the journal Nature. He has taught classes on biology, math, chemistry, physics and general science at Delta College and Saginaw Valley State University. Jon grew up near Pontiac, and has been building a reality-based spirituality for over 30 years, first as a Catholic and now as a Unitarian Universalist, including collaborating with Michael Dowd and Connie Barlow to spread the awe and wonder of the Great Story of our Universe (seewww.thegreatstory.org, and the blog at evolutionarytimes.org). Jon and his wife have four sons, whom they embrace within a Universe-centered, Pagan, family spirituality. He currently moderates the yahoo group Naturalistic Paganism.

← Postpagan Ceremony & Ecology, by Glen Gordon: “Why I Am Not Pagan”
Mid-Month Meditation for March: O sweet spontaneous earth →

2 Comments on ““A Naturalistic Credo” by Jon Cleland Host”